Realms of Lust Version 0.5.1a by Rmaximus

Hello guys, this is my first game developed on twine 2, the story follows a guy who makes a pact with a lust goddess to change his boring life and as a consequence the world around him. This game took me some time to make because i'm learning everithing as I go. That includes twine, story telling and most important english storytelling as I'm not a native speaker so expect misspelling(I'd be surprised if thre was none in this descrition as well), I intend to make this game much better as time goes on.This includes not only new content but old content as well, rewriting the first days is in my plans for the near future when I can improve on it. The game looks are also on my plans to change but I need to study some more css...I look foward for what you guys think of it. 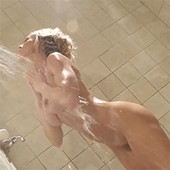